Inflammation of GT-R Spec-V from Nissan at Nurburgring 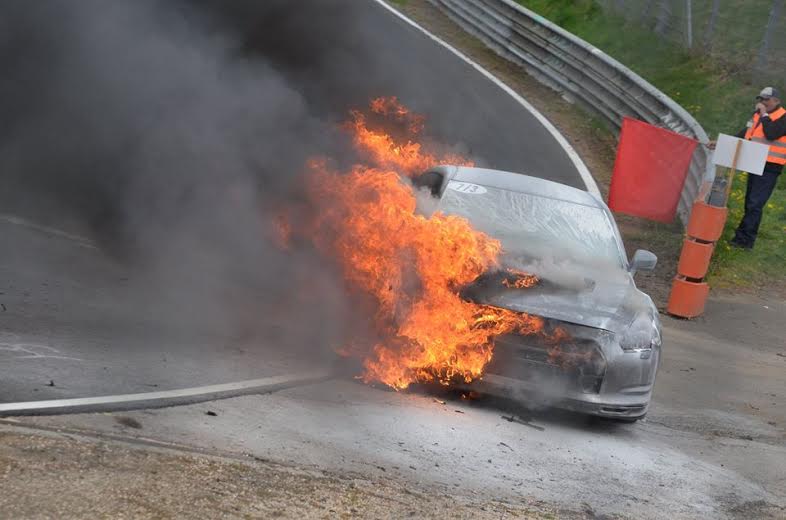 Last week during the race Nissan GT-R Spec-V inflamed preparing to enter Pflanzgarten at Nurburgring racing ground. No explanation has been provided by the team, but speculations have it that inflammation was caused by extreme load on front brakes.

There have been no victims in the accident. Two people got out of the car safe and sound and even had a moment to commemorate the event with their cell phone cameras.