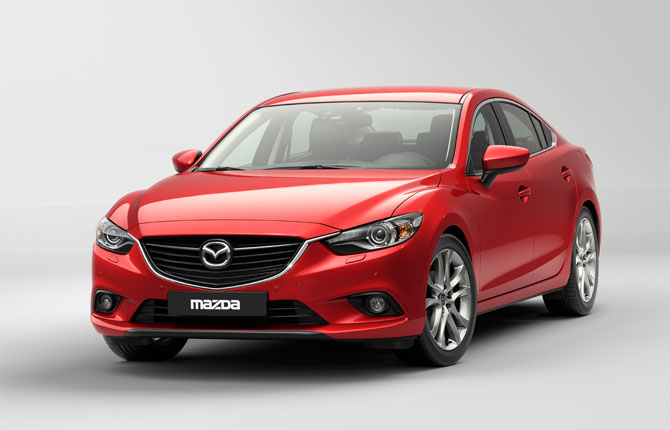 The 2014 Mazda6 is receiving a regenerative braking system known as i-ELOOP, and the automaker revealed today that it will be part of a $2,080 optional pack, and that it will increase the 6′s efficiency by 2 mpg across the board.

The fresh Mazda6 is offered in 3 various trims: sport, touring and grand touring. The i-ELOOP system is only available on top-trim grand touring vehicles, which start with a MSRP of $29,695. To receive the regenerative braking system, clients have to order the the $2,080 GT technology pack, which also comes with lane departure alarm, high-beam option, radar-based cruise system, forward obstruction alarm, a sport mode option and active grille shutters.

Both adaptive cruise control and forward collision alarm systems were available on the vehicle at its January dealer premiere, but will now be packaged specially with i-ELOOP.

The i-ELOOP system receives kinetic energy from the vehicle while it decelerates, and then directs that energy to power the 6′s electrical components, such as headlights, climate control and stereo systems. It provides the alternator to free-wheel, making sure that it doesn’t cause unnecessary strain on the motor.  In general, the Mazda6 with i-ELOOP is rated at 28 mpg city, 40 mpg highway and 32 mpg combined, making it the most efficient non-hybrid middle-sized sedan.

Now, the vehicle is only offered with a 2.5-liter gasoline motor that provides 184 hp at 5,700 rpm and 185 lb-ft of torque at 3,250 rpm. A small diesel motor will be presented to the vehicle later this year. 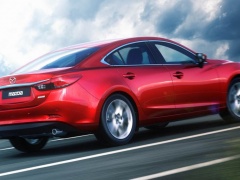 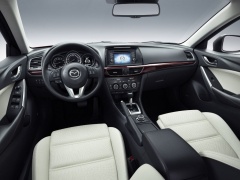 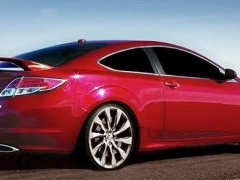 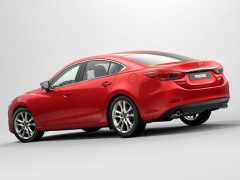