An Upscale Variant of 2017 Lincoln Continental 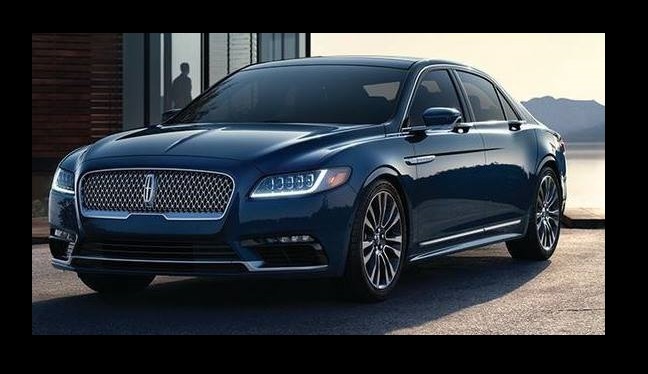 The 2017 Lincoln Continental is returning. An official photo has leaked online. The model will be presented at the NAIAS.

Have a look at a more upscale variant. It has a certainly better outlook with LED headlamps and chrome radiator enclosure. A more attractive blue colour also draws attention.

The door handles are located right under the windows. The overall model’s look is an evolution to production guise of the concept that was shown at the 2014 NY auto show.

There is no precise information about the engine. We suppose, it could be the 2017 MKZ’s biturbo 3.0-litre six-cylinder. It can generate 400 hp and torque of 400 pound-feet. The power is sent to a four-wheel drive set-up.

The 2017 Lincoln Continental will be officially shown tomorrow in Detroit, keep an eye!