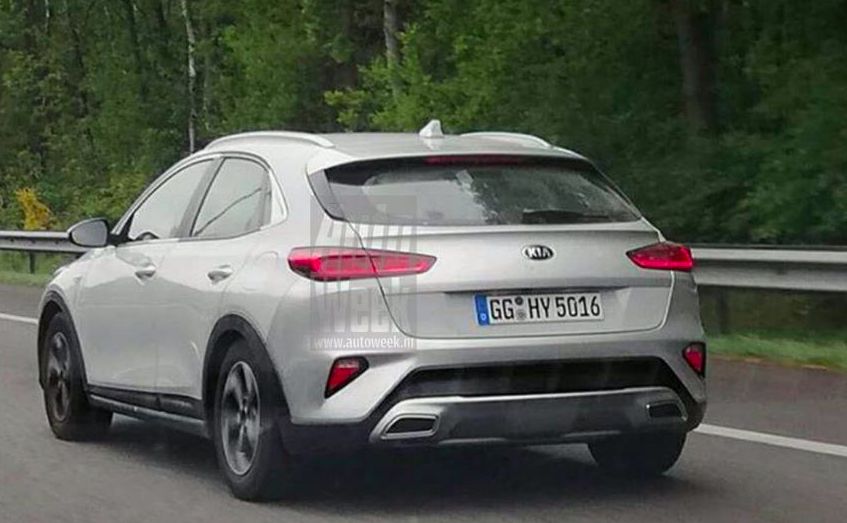 The Internet has flown a photo off-road version of Ceed. A novelty will be called XCeed.

This raised hatch, which will go on sale with a choice of front-wheel drive or four-wheel drive, caught the paparazzi in South Korea without a protective clutch.

Off-road Kia Ceed differs from the standard hatch in the protective plastic lining, bumper decoration, as well as in the design of the lanterns. Production machines will be engaged in October this year. The technical part of XCeed will resemble the same units that exist in other devices of the family.

In addition to XCeed, a large hydrogen sedan with a 4-door electric car 4,700 mm in length will soon be added to the model range of the South Korean brand. Even this year, the debut of the newest Optima will take place, which for the first time will get a four-wheel drive transmission with an electric, controlled rear axle coupling and several modes of operation.