New challenge for Kia: How to keep the heart in the Soul 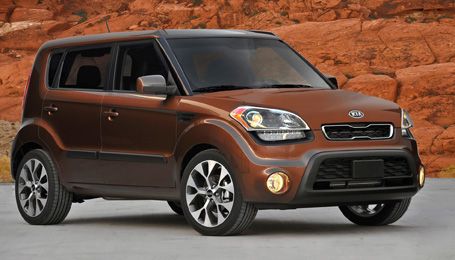 ?t's an old problem: how not to spoil a smash hit when you design the successor. That is why the close attention will be dedicated to the new Kia Soul at the New York auto show this week.

Soul is the first vehicle done under the chief stylist Peter Schreyer, who helped to put Kia on the design table when it arrived in 2009. The boxy subcompact introduced the model's "tiger nose" grille, which has appeared on every new Kia.

New Kia Soul, which will be on sale this fall, will get new unforgettable style, but proportions will change a little.

The Soul was criticized for a plastic interior and a harsh ride on not perfect surfaces. Those areas are to be redesigned. The new design platform will be the basis of compact and subcompact Hyundai-Kia vehicles.

We will find out this week whether Schreyer and company took some chances on styling.

Former Hyundai product planner Ed Kim announced that every Kia has been attentively styled and has pushed the design envelope. “I can't imagine that this is when they would get shy", he added.