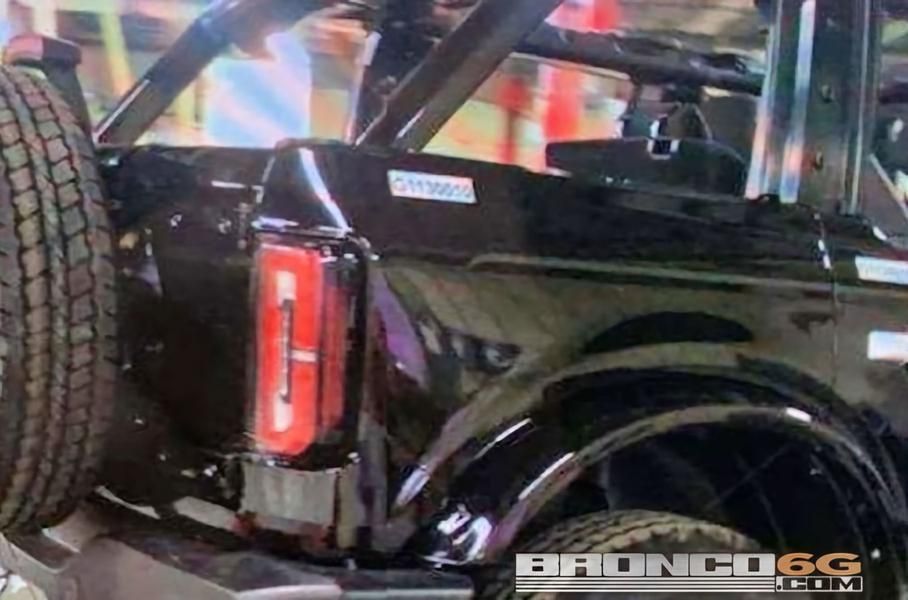 The Bronco6G forum distributed a photo of the next-generation Ford Bronco off-road vehicle, but after a while, the picture was deleted.

The photograph shows the rear of the vehicle in a 5-door body, a removable roof and a spare tire.

Perhaps the premiere of the news will take place before the end of this March, and in April, the younger version of Bronco Sport will be declassified. The basis of the off-road vehicle is the T6 architecture from the Ranger pickup. Additionally, the car will receive from the model and motors. In total, the market will sell 3-door and 5-door options, complemented by removable doors and a roof.

The exterior of the product model was previously declassified by the Bronco R concept, created for the Baja 1000 competition. General - the frame and part of the external body panels. The car drove by an EcoBoost engine on two turbocharged superchargers, which will appear in the serial SUV. Its power will be 271 hp. and 420 Nm, and it operates with a ten-band automatic transmission.