White Ferrari FXX K captioned Right behind the Red One 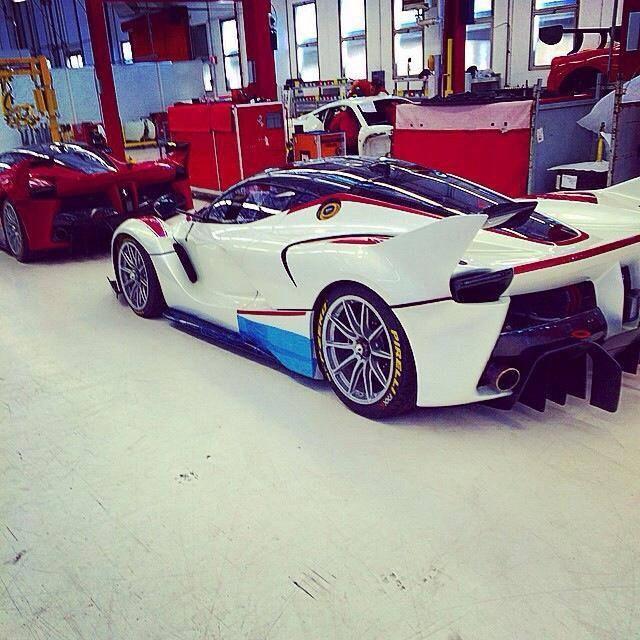 A white Ferrari FXX K was captioned at an unknown location standing behind a red model.

There is no any information nor about the image’s author either about where the photo was taken. Though, it will be enough to say that taking pictures was not allowed. The author of the photo managed to caption a quick picture by a smartphone. That is why the quality is really far from stellar.

The production of the vehicle under consideration is caped at only 40 vehicles. The Ferrari FXX K is considered to be one of the most exclusive track-spec vehicles ever. Catching two of the cars in the same image is definitely a success! All produced vehicles have been already sold. The price for one car is €2.5 million. The automaker assures that the FXX K is rather a standalone offering than a hardcore LaFerrari.

Specially organised for the offering race events will kick off in the end of spring. The company has stated earlier that 10 or even 15 units will be ready by then. Pay attention, product marketing director made a hint on “Evo”, a higher specification variant. He hinted that it will be available in several years.