LaFerrari Spied Running at the Nurburgring 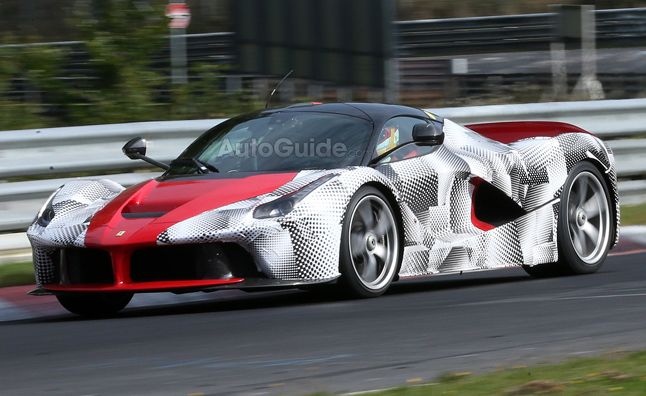 Ferrari was spotted at the Green Hell early this morning taking the Enzo-substitute LaFerrari for a stroll on the famous circuit.

It’s still noisy, still wearing a little camouflage and still very thrilling. The limited-production Italian ultra-car bowed in Geneva months ago, which raises a few questions. Why is it still partially veiled? Is there still something to cover? Rumors in the summer suggested the vehicle might not have entered production.

Ferrari will only construct 599 of its narcissistically named halo model, and the automaker has more than enough hands raised to fill that order form. Maybe Ferrari isn’t very satisfied with the vehicle as its name would suggest.

Probably the laps have something to do with Porsche’s 918 Spyder bursting the lap time record earlier this month. Could the street-legal interpretations of Ferrari’s harrowing F1 technology reach or even outdo Porsche’s fresh 6:57 lap time? Is this what life is like for a Ferrari constructor with free time? 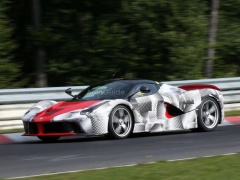 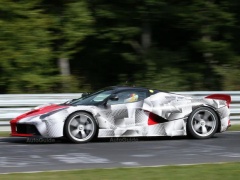 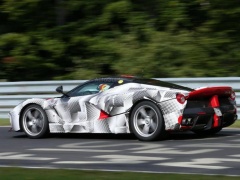 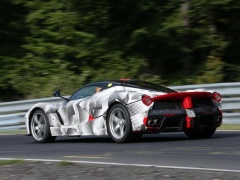