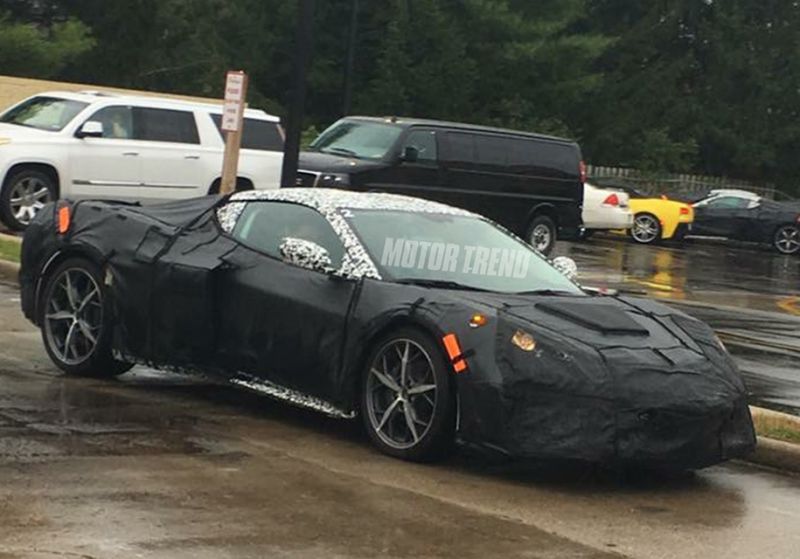 Two test cars Chevrolet Corvette with mid-engine and camouflage 'stoped' into the US near McDonald's. These cars arrived with "Corvette" and SUVs.

Most likely, the mid-engine version of the Corvette will officially see the world in January in Detroit next year. Today the project is called the "Emperor". At the Detroit auto show a new version of the supercar will debut, which the public today calls "the worst secret in the city."

The novelty should receive the improved variant of the "eight", present in a front-wheel-drive compartment. The power of the unit will reach about 450-500 "horses". They say that the engine will receive a 7-step "robot" Termec. Then follows the mid-engine model with a new 8-cylinder engine for 4 camshafts and 32 valves with a capacity of more than 800 hp.