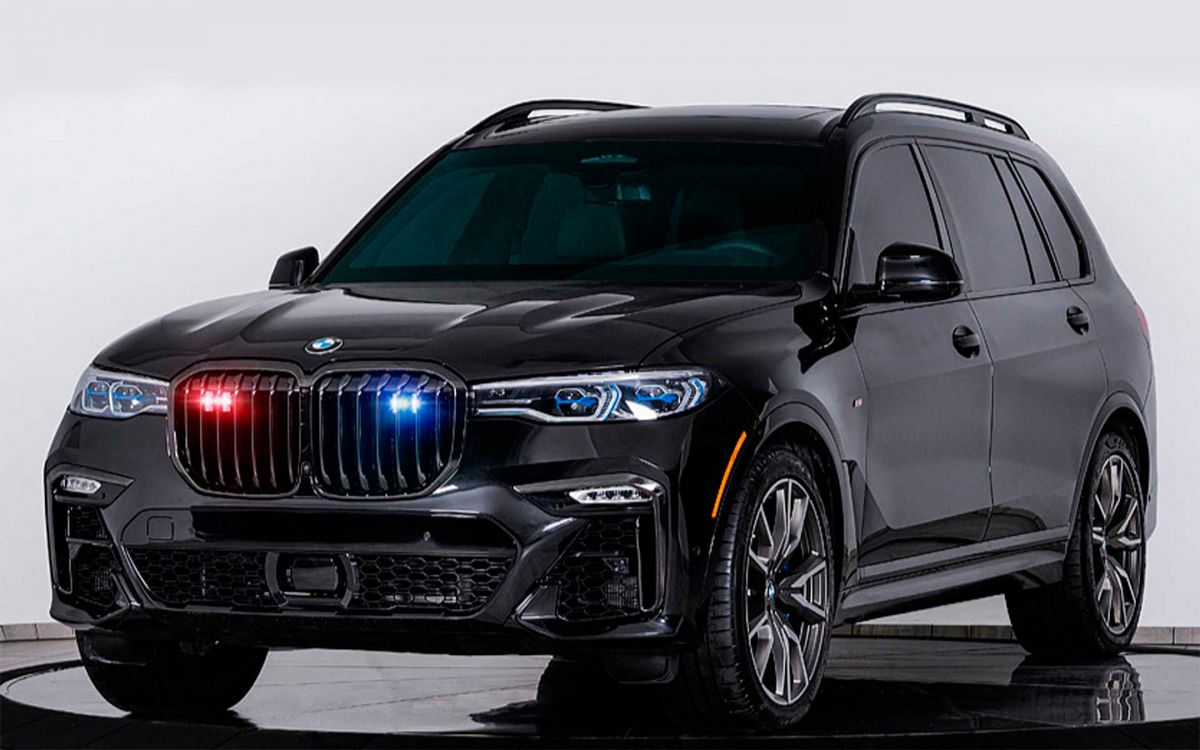 By the way, Inkas specializes in creating armored vehicles.

As you can see in the video, the car's appearance is almost identical to the standard model. The vehicle is provided with flashing beacons and a panoramic sunroof. The body is painted black. According to Carscoops, the all-around ballistic protection is made following international standard BR6: armor successfully resists shots from 7.62 mm assault rifles and simultaneous opening of two grenades.

BMW X7 is also equipped with multi-layer bulletproof windows and a protection system for electrical components. Options are a smoke screen system with a fire-fighting function in the engine compartment. Additional protection is provided for the fuel tank, battery, as well as electric control unit.

The armored car is powered by a 3.0-liter turbocharged six-cylinder engine with 340 hp. Customers also can buy the novelty with a 4.4-liter V8 with 620 hp. The units function with an eight-speed automatic transmission and all-wheel-drive system.